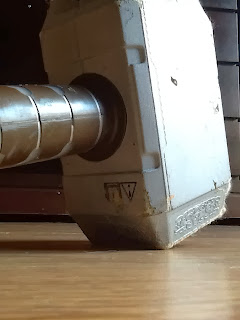 I'm sometimes asked where do I get the ideas I write about? Is there a source nourishing my imagination?
There is, indeed. It’s called being alive.
An example: 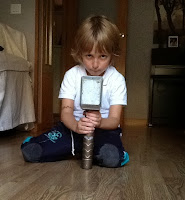 Yesterday, I saw the movie Thor with my young son, who had the hammer Mjolnir in his lap, the supreme weapon Odin gifted to Thor the day he was proclaimed heir.


Thanks to the movie, Pablo and I know that Mjolnir was made with matter from an ancient star; it weighs so much that only Thor can lift it, and it creates intense magnetic fields around it. It can go through anything, Thor can fly with it and, when thrown, it returns to its owner’s hand. It is astonishing; I'm not surprised that it’s among my son’s toys.
The hammer went to bed with us at night (mother was away, flying) and, naturally, the usual bed-time tale dealt with the fabulous hammer of the Scandinavian god. But a doubt seethed in my mind.
Something did not fit in this story, and I decided to write about it.
Mjolnir’s weight and composition seems to me an important point. Odin offers a clue as to the latter: the matter of an ancient star. What might he be referring to? 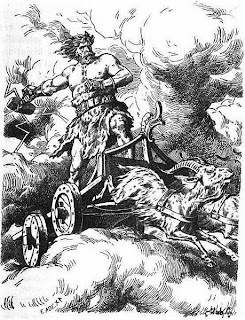 When a star similar to our Sun dies, it does so slowly, expanding beyond the orbit of Venus. At the end of its days, it contracts once more until it ends up forming what is known as a "white dwarf"; a small, very hot, extremely dense star. What happens then depends on its mass: the smallest white dwarves go out, until forming a black dwarf. But they take a long time to reach this state, longer than the universe has existed.
There are no black dwarves. Not yet. Just their theoretical formulation.
If of very great mass, the star contracts on itself, under vast and growing gravity, until collapsing in what we call a "black hole": a sump ruled not by the laws of physics but by a strange concept: the singularity. This is a gripping subject, better left here so as not to stray too far. 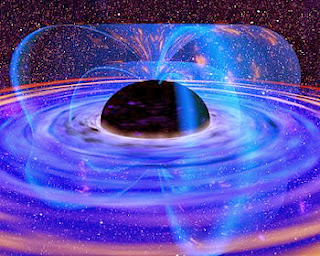 The average white dwarf will also contract until forming a peculiar body known as a "neutron star". To understand the process leading to a neutron star we have to talk about "degenerate matter", the "Pauli Exclusion Principle" or "Fermi world distribution". And we would eventually get lost; starting with me. What is important to understand is that a neutron star is a body which has compressed as much as if, let’s say, a huge trans-Atlantic liner were to fit into a lentil. 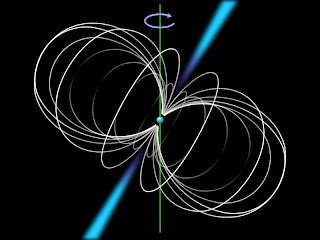 A neutron star is a world where lentils weight thousands of tons.
To find how much the hammer weighs, we must first calculate its volume.
This is done by multiplying the area of the base (14x14 cm) by the height (21). Thus the head of Thor's hammer has a volume of some 4,116 cm3 (based on the size of the hammer in the movie). If the density of a neutron star reaches 1015 grams per cubic centimetre, the hammer weighs (it has an equivalent volume to) some 4,116,000,000,000 tons. The volume of the Moon for example is the equivalent of about 70,000,000,000,000,000,000 tons.
More than four trillion tons is preposterous, like putting 22,000,000,000 female blue whales each 30 metres long on the scales. However, what is really astonishing is the volume: this means compressing and combining 22 billion whales in a cm. Smaller than a shoe box.
Odin punishes Thor for rebelling, and banishes him to the Earth, where the super-muscular blonde ends up crashing into a vehicle driven by Natalie Portman. That is lucky. But Odin also throws Mjolnir the weapon, which drops to create a crater about 100 metres in diameter and 30 metres deep. And this is supreme nonsense. 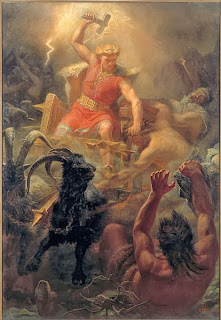 A body of that density in free fall at hundreds of kilometres per hour would go through the earth, its speed hardly affected. Were it, for example, to fall vertically on , a New Zealander would see it emerge from the earth and head for the heavens. The kinetic energy implied by adding Mjolnir’s density to the attractive force of the Earth’s gravity is hard to measure.
And next? That depends on the inertia. If Mjolnir emerges at more than 40,000 km/h and keeps that speed up until escaping from the force of the Earth’s gravity, it would shoot out into deep space. If the friction from going through the planet plus the intensity of the gravitational field mean that Mjolnir’s speed drops below "escape speed", it will fall back. And that would be a catastrophe.

Imagine: an object weighing more than four trillion tons perforates the planet millions of time, causing fissures, displacing magma, distortions in the mantle’s convective currents, imbalances in the tectonics of plates and, what worries me most, affecting the functioning of the Earth’s core gravitationally. It is difficult to predict the effect of this continuous bombardment on the sea of molten iron and nickel around the solid core, but the most likely is that its rotation would be checked. Moreover, the iron core’s structural equilibrium might be endangered and it might fracture. 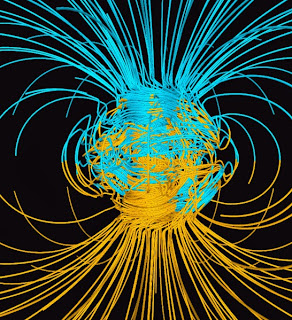 These events would affect the Earth’s magnetic field, which protects us from cosmic radiation. Without such a shield, life on Earth would become unviable, save perhaps in the obscure, abyssal depths where extremophiles live. 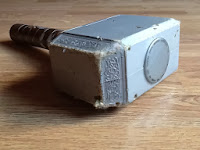 Ultimately, Mjolnir would stop in the core, increasing the Earth’s mass by 4 trillion tons. This development, and the non-stop bombardment would affect the planet’s rotation and passage, the axis of inclination or the delicate interaction with the Moon. The news would in any event be bad.


Ok. To here, reflections on Mjolnir; I told Pablo the truth, that the hammer comes from the matter of a star, which stone giants were able to forge and could move. They had to ask for help from a thousand cosmic dolphins among those floating in the stellar clouds, and who hauled the hammer to the . That is the truth for a six-year-old boy.
I hope I have awakened his curiosity. Maybe one day he will ask me about that star where lentils weigh as much as houses and perhaps even whether there is an even more massive object. I will talk to him of Quark stars, which no-one has seen but which may exist. And if we speak of mythology, I will confess to him that my favour character from Icelandic mythology is Bard, whom we call Gandalf.
So many things! It is possible that Pablo will ask, "Dad, if the hammer weighs so much, how can it be held with a wooden handle? And the animal-hide band Thor uses to secure his wrist, what material is it made of?"
But that’s another story, another tale. It’s late, time to sleep. 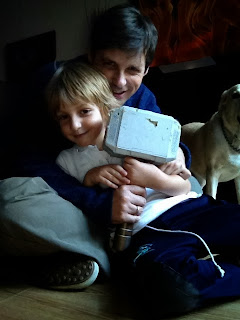 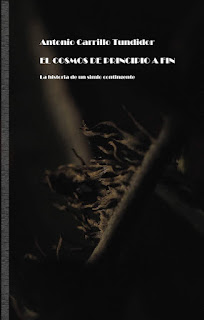 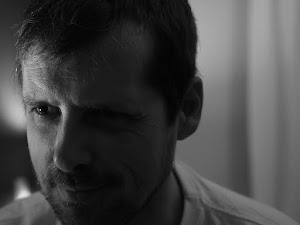